An Extraordinary Breakthrough in Treating PTSD

Ronald showed up for our first interview in business-casual clothes and with an air of confidence—firm handshake, ready smile. Heavyset and broad shouldered, he described himself as a 39-year-old, moderately successful businessman, married to the same woman for 14 years and father to two children. Five years before this visit he was involved in a small-plane crash while flying with a pilot friend, who died in the crash. Ever since he’d experienced chronic pain in his neck, shoulders, and back.

Asked what level of pain he currently was experiencing on a ten-point scale (the Visual Analogue Scale or VAS), he answered 8. His sleep was terrible, every night experiencing nightmares to the extent that he had to sleep in a separate bedroom from his wife. He reported frequent urination and leakage, which is common with high stress levels, and that a doctor had found no medical reason for this. As he spoke, his shoulders visibly slumped, he frequently broke eye contact, and he wrung his hands a few times. It was apparent that his situation was wearing on him. Since the crash, he said, he’d had a pronounced fear of flying, fear of heights, and fear of dying.

One doctor suggested to him that all these symptoms fit the profile of someone with PTSD. He said he had tried some other therapies but that so far nothing had relieved any symptoms for more than a few hours.

Ronald was deeply concerned that these problems were interfering with his goal of becoming more successful in his business, which required him to have a high degree of focus and to be relaxed. His levels of stress and pain were becoming something of a problem in his marriage, as well, he said, causing him to either withdraw or be short-tempered with his wife and kids.

We began our work together with a thorough intake, including assessing his suggestibility. a protocol I first do with any new client. Suggestibility means the way we learn, and it’s very important to determine the subject’s ability to learn and subsequently accept suggestions during hypnosis. I usually follow that with handwriting analysis, which helps the subject to understand more about their behaviors and discover hidden issues or concerns they might not even be aware of. I explained the purpose of my study and that what I would need from him was simply to participate in the process and allow his subconscious mind to do the rest. I asked him the level of his stress on a scale zero to hundred and he answered about 80 percent, a level so high it was clear that it interfered with his ability to work or even live a decent life. He said that after five years of living with these symptoms he was very much ready to feel better. He said he really wanted to enjoy his life without stress or pain.

I demonstrated for him the functions and role of the HRV device in the study and explained that it was critical to the study to measure his body response to the QMH before, during, and after we completed each session. The HRV monitoring device (EmWave ProPlus) uses a sensor that attaches to the earlobe throughout the approximately 60-minute session.

Figure 9: The sensor on the earlobe detects HRV

I explained that HRV biofeedback provides a model for real-life self-regulation, with the goal of developing an awareness of one’s breathing and emotional state, which interact and influence the balance in the autonomic nervous system. This balance has been found to be helpful in addressing chronic maladjustment of the autonomic nervous system, one of PTSD sufferers’ main symptoms—survival state; stress (Yucha & Gilbert, 2004)—and I explained that as he learned how to regulate his physiological stress level by employing QMH in conjunction with HRV biofeedback, he would be better able to maintain a healthy state of consciousness.

After he completed his treatment protocol his HRV readings are clearly much better. Here is the HRV graph recorded while Ronald was tapping his chest and repeating words (Homework 7 - EFT) such as “I love myself,” “I accept myself,” and “I am ok with myself as a person.”

After the QMH session ended, Ronald reported that he was beginning to enjoy activities he’d been avoiding as he practiced unpairing the present with the trauma of the past. We discussed the relationship between obsessive media consumption (commercials, news, etc.) and hypersensitivity or overstimulation, and how this can lead to becoming hyper-suggestible to negativity and fear. We discussed how powerful commercials are at influencing the subconscious mind, and how media images and words can trigger negative reactions, stress situations.

Commercials seek to influence us subconsciously by associating a product with our deeper feelings of unworthiness, body shame, guilt, desire for a better world, and so on, and in doing so they create stress in us. Thus, we find ourselves eating for emotional reasons rather than physical needs, for instance. This is why we employ the technique of Stress Inoculation to immunize ourselves from such stress triggers.

Ronald said he was practicing how to use Cognitive Behavioral Therapy (CBT) to correct thinking errors, and to be able to see the past and the present in a more balanced and accurate way. I stressed the importance of involving both the conscious and subconscious mind in this healing. By “thinking errors” we mean that despite how many times we think we should have done something differently, we cannot change the experience. It’s in the past and there is no going back … at least consciously. But we can change how we think of it in the present.

When trauma happens, the cognitive mind becomes plagued with thoughts such as I should have done this or said that. I am a bad person because I could have acted better, done better, etc. People who typically overthink things are particularly susceptible to such problems. By realizing in the moment and taking note of when we’re having such thoughts, we are beginning to create a conscious defense against them. Then by revisiting the trauma in the hypnotic state, what we call Exposure Therapy, and releasing the energy and thought patterns that surround the trauma by using arm rigidity techniques, we are working at the subconscious level in tandem with the conscious level.

During this session I asked Ronald to visualize engaging in activities he has been avoiding since the trauma. He had reported that he thought he was avoids being successful because he felt ashamed. Trauma goes beyond the traumatic event itself. There are side effects such as avoiding people, feeling isolated, etc. We then worked on releasing these inhibitors using the arm rigidity techniques discussed above. We then worked on correcting remaining thinking errors he had noticed, venting any negativity or where he feels “stuck.” By asking him to imagine himself in one of his anxiety-producing situations and to simply sit with it for a while. Our goal is to unpair the sights, sounds, or any sensations of the present with the trauma of the past. By being able to stay in anxiety-producing situations we are building his confidence that he can handle his anxiety and confront difficult circumstances.

For homework, I asked Ronald to write down the memories he had experienced within this session, and to continue with the two self-evaluation tools I gave him, the VAS and Subjective Units of Distress (SUD).The latter is a 0-100 scale that indicates how distressing it would be for him to imagine each activity. I asked him to do this in the morning right when he awakened because this is the natural time for venting things out one no longer needs. I asked him to do these three days in a row and observe if each day distress became lower and lower. The VAS was = 4/10 and SUDs was = 40% after this session was completed.

Ronald reported dramatic improvement in his stress level at 30% on SUDs and dramatic relief of his pain at 4/10 on VAS. For this final session we measured HRV before beginning the session. I asked what words he thought were physically influencing his feelings, words such as light or heavy, floating, and relaxed. Then I asked about emotional words, such as “comfortable, confident, calm, successful. Then during the QMH session I repeated these words, and had him imagine metaphors that embodied them, such as “a lovely, calm beach with the sun rising over the horizon, filling you with warmth and comfort.” Then I asked him to imagine feeling very successful in his business, opening his ability to actually predict his future.

In reviewing the results of our work together, Ronald celebrated his improvement in pain and symptoms of stress. He said even his wife had noticed dramatic changes in his behavior. He said his business partners gave him positive feedback about his increased ability to focus on the business and accelerate his contributions. He was so happy for this success and excited to go back to his normal life. At end of the third and final session, he had managed to achieve a significant improvement in his pain level into 2/10 on VAS and no stress only at 5% on SUDs.

In just two weeks’ time between the first and the sixteenth of July, using the QMH Protocol, Ronald said he achieved what he couldn’t accomplish in other therapies in five years. QMH was, for him, a true success story. As he left my office at the end of this last session, he thanked me deeply.

I offer FREE Virtual Integrative Medicine and Hypnotherapy sessions for those in need in Denver and nationwide during the time of COVID.

I am a Clinical Hypnotherapist/ Registered Psychotherapist in the State of Colorado. I specialize in Chronic Pain, Stress, Trauma, and Anxiety related to Cancer.

I hold a Doctorate and Ph.D. in Integrative Medicine, with over 20 years of experience in the medical field. Here are a few of my credentials: Master’s degree in Physical Therapy, Mind-Mapping Instructor, Handwriting Analyst, Certified Kinesiology Taping Instructor (CKTI), Reiki Master Teacher (RMT) since 1999. Additionally, I am a Registered Psychotherapist /Clinical Hypnotherapist with numerous certifications and credentials.

I have earned a diploma in Weight Management from Discovery Learning Institute in London. I am a Certified Kinesiology Taping Instructor (CKTI).

want to assure you that, in my office, you are in a welcoming, safe, and comfortable environment. It is your place to express your emotions and feelings, knowing that you will be receiving the best care while achieving the ultimate solutions. I encourage you to take the next step and call me today.

I want to be helpful in your healing process.

Subscribe Now and stay updated with all of my new contents: https://www.youtube.com/channel/UCiOTTc3z7k2Dk4BRA5TuuMg/videos?view_as=subscriber

You don’t have to be stuck in your negative thoughts 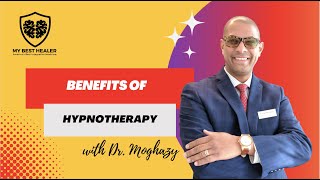 How Inner-Child Hypnosis Made Me a Better Person

Number One Hypnotherapy Trend in 2020: What It Means For You

Do you think your partner has migraine?

You don’t have to be stuck in your negative thoughts

Can Hypnotherapy Help with Weight Loss 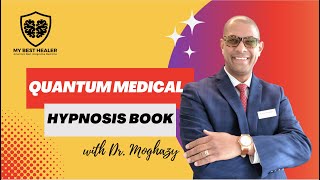